Alexander Kemper, an assistant professor in the Department of Physics at NC State, has received a Faculty Early Career Development Award from the National Science Foundation (NSF). The award, also known as the NSF CAREER award, is one of the highest awards the foundation bestows upon young faculty in the sciences. 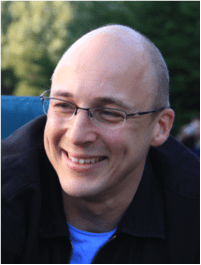 The five-year award will support Kemper’s research project, “Excitons, electron-hole plasmas, and electron-hole liquids in the time domain.” Kemper’s research team will re-evaluate commonly held assumptions about nonequilibrium processes and phase transitions in quantum materials, as well as break the reliance on concepts based on equilibrium. The algorithms and software created throughout the project will be disseminated as open-source code.

The project will also partner with the American Association of Physics Teachers to turn its “Bootstrap for Computational Modeling in Physics First” workshop into a distance-learning course. The workshop integrates computational modeling into 8th and 9th grade physics courses.