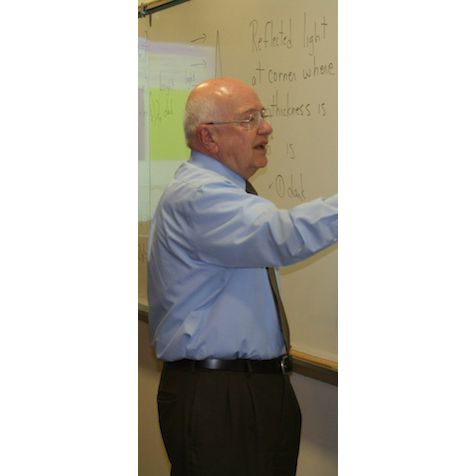 Professor Patty received his PhD degree from Ohio State University in 1960, remained at OSU for one year as a post-doc, served in the US Army 1961-62, was appointed Senior Scientist at Aeronutronic Division of Ford Motor Company (Irvine, CA) 1962-63, and joined the physics department at NC State in 1964. His research involved the transmission of infrared radiation in the atmosphere and measurement of airglow from the upper atmosphere. He is a Fellow of the Optical Society of America and a member of the American Physical Society, the American Association of Physics Teachers, Sigma Xi, Sigma Pi Sigma, and the North Carolina Academy of Science. Offices held include Chair (NC Section of the American Association of Physics Teachers, 1997-98), President (Southeastern Section of the American Physical Society, 1998), and Chair (Physics Section of the NC Academy of Science, 1966, 1976, 1977).

Professor Patty served as head of the physics department for two decades (1976-1995), a period of significant development for the physics department. He retired in 1996, but has continued to teach on a part-time basis. He continues to be recognized by students and faculty as one of the best physics teachers on campus. He served as interim head of the Department of Marine, Earth and Atmospheric Sciences (1999-2001).