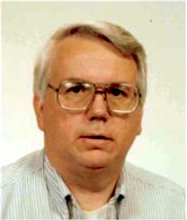 Professor John E. (Jack) Rowe received his PhD in 1971, having already joined Bell Laboratories as a member of technical staff in 1970 in Homer D. Hagstrum’s Department where he learned Photoemission Spectroscopy on Semiconductor surfaces. He became Department head there in 1980 and in 1983 joined the Physics Department of the University of Florida as a Professor co-leading a newly formed program in Microelectronics and Material Physics. After two years Rowe returned to Bell Labs until leaving in 1996 to take a position with the Army Research Office (ARO) in RTP, North Carolina. While at ARO Rowe was the most cited scientist in the U.S. Army (over 5500 citations) and an Army Research Lab (ARL) Fellow. He also became an Adjunct professor of Physics at NC State in 1996, continuing this and his ARO position until 2004 when he joined the UNC Chemistry Department as founding Deputy Director of the Institute for Advanced materials (IAM). After three and a half years Rowe returned full-time to his current position at NC State.

Professor Rowe is best known for his extensive photoemission studies of semiconductor and metal surfaces using Synchrotron Radiation and in 2011 he was awarded the Albert Nerken Prize of the AVS for " for his fundamental role in the development of electron energy loss spectroscopy, photoemission and synchrotron radiation techniques and their applications to surface and interface studies.” While at ARO, Rowe was a Distinguished Visiting Professor, Rutgers University. At various times he was also North American Editor, Applied Surface Science, a member of the editorial board of JVST, Rev Ssi Instruments, and an active member of AVS its MSTG, and a fellow of APS, AVS and AAAS. Rowe has used novel approaches to photoemission spectroscopy and microscopy of semiconductor surfaces, spintronic materials, and complex oxides and transition-metal surfaces; he is now using synchrotron radiation photo-emission studies to determine electronic structure and bonding of ultra-thin transition-metal oxides and silicates, as well as other oxide and oxy-nitride interfaces on Si(100) and Si(111). He has also studied model bimetallic catalyst systems, i.e., Pt, Pd, Au and Ir films on W(211) and Ir(111) with high resolution photoemission at the Brookhaven NSLS. Most recently, Rowe has pursued research interests in synchrotron measurements of conducting carbon, graphene, diamond, fullerene films and carbon nanotubes for electronics applications.