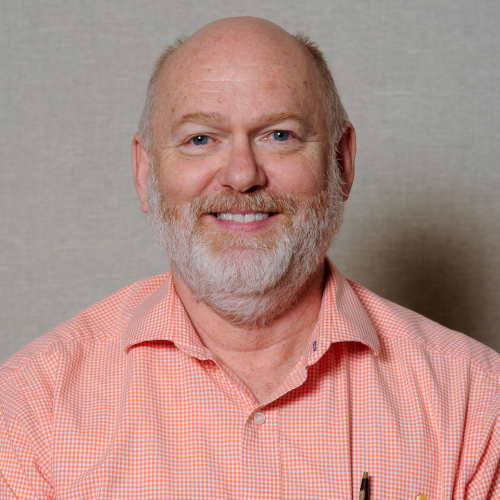 Professor Beichner received his PhD in 1989 from the State University of New York at Buffalo and joined the NC State Physics Department in 1992 as an Assistant Professor. He advanced through the professorial ranks and was named an Alumni Distinguished Undergraduate Professor in 2003. He is a member of our Physics Education Research and Development Group.

He invented the now-popular Video-Based Lab pedagogy, where students examine video clips of motion and watch synchronized kinematics graphs. As part of that effort he created the Test of Understanding Graphs in Kinematics, used by numerous teachers and researchers and a serving as a model for similar conceptual assessment instruments. Dr. Beichner and his students have written and evaluated a series of these tests that are in use around the globe.

For much of his career he has focused his attention on redesigning introductory physics education. His work laid the foundation for research done on active learning spaces. He initiated the SCALE-UP (Student Centered Active Learning Environment with Upside-down Pedagogies) project in the mid 1990s. This approach has led to changes in classrooms around the world, at institutions ranging from middle schools and high schools to MIT. SCALE-UP has been adopted at more than 500 universities and had spread to content areas ranging from archeology to zoology.