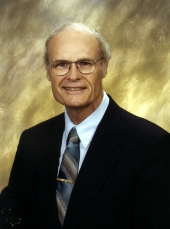 Wes Doggett received the NC State Physics Department’s Outstanding Student Award in 1952. When he graduated (a) with the first graduating class in the world’s first Bachelor of Nuclear Engineering program (1952 with High Honors) in NC State’s Physics Department and (b) with the Bachelor of Electrical Engineering degree (1953, in absentia), he was selected to be the “Outstanding Engineering Senior.” He was awarded two of the first pre-doctoral fellowships offered by the newly created National Science Foundation that supported his initial graduate studies at UC-Berkeley during 1952-54. He was the first undergraduate student from NC State to receive his Master’s and PhD in Physics at Berkeley, a program that he completed in three and one-half years. He attributes this success to his excellent undergraduate preparation at NC State by the Departments of Physics, Electrical Engineering and Mathematics.

He was the first undergraduate student at NC State to become an associate member of Sigma Xi (1952). This honor was for the design and construction of a tabletop analog computer to calculate and graphically display the transient behavior of the radioactivity produced by a nuclear reactor operating with a daily schedule. He presented a paper on this project at the annual meeting at NC State of the Southeastern Section of the American Physical Society that was hosted by the Physics Department. He was the Student Vice President (based on grades as a junior) of the NC State Chapter of Phi Kappa Phi in 1951-52, and later became its president as a faculty member during 1961-62. In 1976, one of his graduate students was awarded one of the few national Phi Kappa Phi graduate fellowships.

He received his PhD in Physics in 1957 from the University of California at Berkeley with research in low energy experimental nuclear physics. While there, he took courses taught by four Nobel Prize Laureates, Professors Luis Alvarez, Emilio Segré, Owen Chamberlain, and Edwin McMillan and by Professor Edward Teller. During 1956-58, he served as a commissioned officer with the Air Force Nuclear Engineering Test Reactor project office at the Wright Air Development Center at Wright-Patterson AFB, Ohio. He became its Technical Project Coordinator and received the Air Force Commendation Medal in 1957. In 1958 he joined the Physics Department that was then in the School of Engineering at NCSU, became a full professor in 1962, served as Assistant Dean of PAMS during 1964-1968 and retired as Professor Emeritus of Physics in 1993. After retiring, he served as an associate editor of the six-volume, 3,456-page Cornelius Lanczos Collected Published Papers with Commentaries (1999).

Professor Doggett was a member of the NC State’s Academy of Outstanding Professors. His undergraduate and graduate courses in nuclear physics, nuclear reactor physics and engineering, nuclear radiation attenuation, electricity and magnetism, modern physics, solid state physics, physical optics, plasma physics and special seminars inspired many students to seek graduate degrees at NC State and universities such as UC-Berkeley and Harvard, and to pursue careers in academia, the most notable being the past Chancellor of UCLA. His graduate students have become leaders in high-tech industries, and some have created their own successful companies.