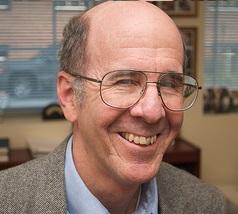 He has collaborated on a number of experiments involving polarized neutrons and cryogenic polarized nuclear targets. He was responsible for the design and construction of the targets and also contributed in other aspects of the research programs. The experiments took place at the Triangle Universities Nuclear Laboratory, the Los Alamos Neutron Scattering Center, and the Frank Institute for Neutron Physics, JINR, Dubna, Russia. He has also conducted experimental research on properties of quantum solids, alloys of solidified gases, and high temperature superconductors.

Dr. Haase was the founding Director of The Science House, which annually serves over 5,000 teachers and 35,000 students across North Carolina. He has co-authored over 120 papers in experimental physics, and in science education. He co-edited one book of student learning activities and six volumes of Conference Proceedings on K-12 Outreach from University Science Departments.