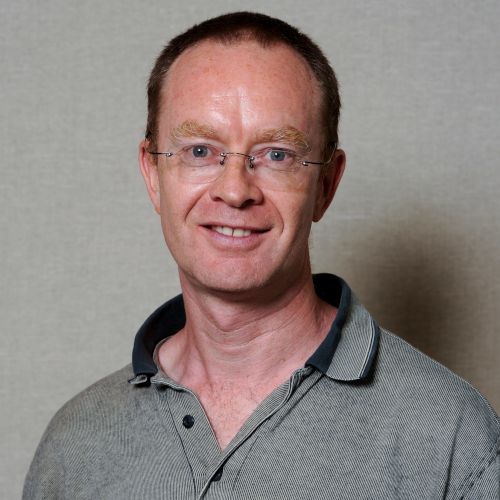 James (Jim) Kneller received his PhD from The Ohio State University (OSU) in 2001 on the subject of Light Element Nucleosynthesis under the supervision of Gary Steigman. After remaining at OSU for a year, he came to NC State in 2002 as a postdoc working with Gail McLaughlin leaving in 2005 to take up another postdoc position at the University of Minnesota. In 2008 he later became a ‘chercheur’ at the French Institut de Physique Nucleaire (IPN), a division of the Centre National de la Recherche Scientifique (CNRS), and then returned to NC State in 2010 as an assistant professor.

Jim's research in theoretical astrophysics has wandered over his early career from Big Bang Nucleosynthesis, the Cosmic Microwave Background and dark energy through to Galactic Chemical Evolution and Cosmic Ray Spallation. But as a postdoc at NC State he began to explore the flavor oscillations of supernova neutrinos and this subject has remained a source of interest for him ever since. The research in his group falls into two broad categories: to understand how neutrinos can change their flavor as the propagate through a supernova due to all the different mechanisms that cause them to mix, and to compute the expected neutrino flux at Earth from all the different kinds of supernovae and examine what we can learn about how the star exploded. The results from his calculations were used to asses the sensitivity of various neutrino detector designs to supernova neutrinos such as DUNE. In 2011 Jim was awarded a Department of Energy's Early Career Research Program.