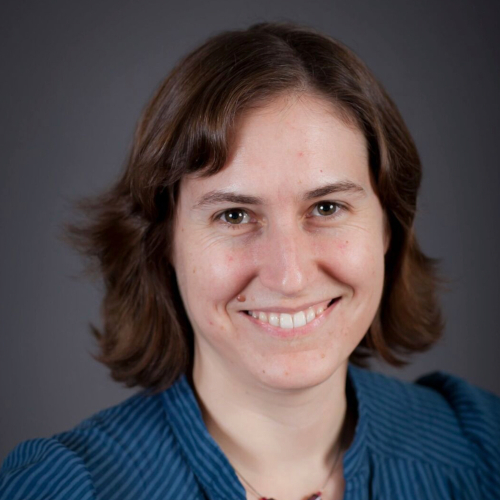 Dr Katherine (Katie) Mack is a theoretical cosmologist specializing in the connections between astrophysics and particle physics. In modern cosmology, precision measurements of the cosmos on the largest scales can tell us about the nature of elementary particles and the structure of fundamental physical laws. Dr Mack is particularly interested in how the particle physics of dark matter, the mysterious invisible stuff that makes up most of the matter in the universe, can influence the evolution of stars and galaxies and what we might see in new observations as a result. She also works on topics related to the early universe, black holes, distant cosmic explosions known as fast radio bursts, and the formation of the first galaxies.

Dr Mack joins the Physics Department as an Assistant Professor and as a member of NC State’s Leadership in Public Science Cluster, an initiative to bring together scholars whose work includes engagement with the general public. In addition to her research work in physics, Dr Mack is an active science communicator, working to widen access to physics and astronomy beyond academia and traditional audiences. Her popular writing has appeared in a number of major publications such as Scientific American, Slate, Time.com, and Sky & Telescope, and she has been a regular columnist for Australia’s Cosmos Magazine. She also regularly appears on radio, podcasts, and sometimes TV, and is active on Twitter and other social media as @AstroKatie.

Dr Mack received her PhD from Princeton University in 2009. She then took on an STFC Postdoctoral Research Fellowship at the Kavli Institute for Cosmology at Cambridge University. In 2012, she moved to Melbourne University where she held a Discovery Early Career Researcher Award from the Australian Research Council (ARC), and later held a Postdoctoral Research Fellowship in Theoretical Cosmology jointly with the ARC’s Center of Excellence for All-Sky Astrophysics and Center of Excellence for Particle Physics at the Terascale.