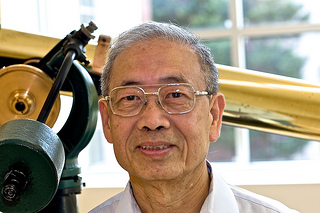 He specialized in the field of theoretical atomic physics, studied the property of atoms and its interaction with external electric and magnetic fields. He has developed methods for high precision prediction of atomic property, collaborated closely with many experimental physicists around the world. His work was instrumental in the understanding of many high resolution spectra obtained in the experiments.

Many of the theoretical methods he developed in atomic physics are quite unique and powerful. Because of these achievements, he was elected a fellow in the American Physical Society in 1987. In his fellowship citation, it stated "for development of extremely incisive method of calculation … Foremost among these methods is a holeprojection technique."