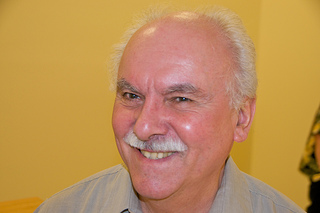 Professor Lado received his PhD degree in 1964 from the University of Florida with a dissertation on liquid state theory directed by Professor Arthur A. Broyles. After some additional postdoctoral work with Professor Broyles’ group in Gainesville, in 1965 he joined the pioneering research group of William W. Wood at the Los Alamos Scientific Laboratory, which was developing large-scale Monte Carlo simulations of liquids made possible by the excellent computer facilities at LASL. He joined the faculty of North Carolina State University as Assistant Professor in 1968.

At NCSU he continued work in the theory of liquids, but shifted focus from large numerical simulations to the semi-analytic alternative of nonlinear integral equations. These have the advantage of greatly reduced computing needs, obtained however at the cost of some approximation. He developed a particular approximation known as the Reference-Hypernetted Chain (RHNC) equation, which currently affords one of the more exact routes to liquid state properties from the analytic (i.e., nonsimulation) side. In general, his work shows particular concern with novel numerical analysis techniques, including numerical Hankel transforms for systems in two dimensions and speciallydesigned orthogonal polynomials for nonuniform fluids in external fields. During his years at NCSU he taught a wide selection of the courses offered by the Physics Department to both graduates and undergraduates.