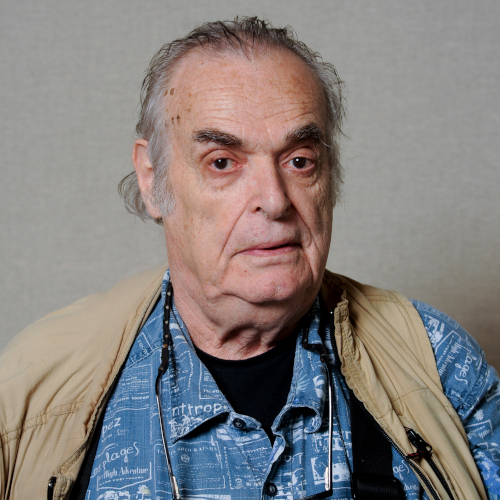 After graduating from the Bronx High School of Science, in New York City, Professor Golub received the BscEE degree from The City College in 1959. He then went to MIT where he received the MscEE degree in 1961 and the PhD (Physics) degree in 1968. During his period at MIT he was supported by an NSF fellowship and then by an industry funded fellowship. His thesis work, concerned with decelerating Ammonia molecules in order to increase the interaction time was carried out in the Atomic Beam Laboratory of Profs. J R Zacharias and JG King.

From 1967-68 he was an instructor at Brandeis University where he worked in the atomic beam laboratory of Edgar Lipworth working on problems concerning the interaction of atoms with e-m fields.

In Sept. 1968 he moved to the molecular beam lab of K F Smith at the University of Sussex, England, where he was introduced to neutron physics, in particular the search for an electric dipole moment (EDM) of the neutron. His interest in Ultra Cold Neurons (UCN) was stimulated by the desire to improve the sensitivity of edm searches and it was while he was at Sussex that he co-invented a new class of non-thermal equilibrium UCN sources (‘superthermal sources’). During this period he helped initiate the UCN program at the then new Intitut Laue Langevin (ILL) in Grenoble, France and designed the first UCN edm experiment to be carried out at that institute.

In 1980 he moved to the Technical University Munich (T. U. M.), in Germany and continued his work at ILL where he constructed the first superthermal UCN source based on superfluid He4 and invented a new kind of neutron scattering method to study properties of the superfluid.

During this time he co-invented a new kind of neutron scattering instrument using cold neutrons (Neutron Resonance Spin Echo). There are currently 5 or 6 instruments around the world based on this principle.

From 1985-86 he was at the Max Planck Institute for Physics in Munich where he worked on detection of solar neutrinos and dark matter returning to the T. U. M. in 1986. In 1991 he moved to the Technical University of Berlin and the Hahn Meitner Institute (HMI) where he built a cold neutron beam for fundamental physics that was used for several experiments studying symmetry violation in the weak interaction and fission. He developed the basic ideas for the current edm search being carried out by a collaboration led by LANL, doing some basic investigations of the properties of Helium 4 as a scintillator for neutron detection and worked on an NRSE instrument that was installed at HMI.